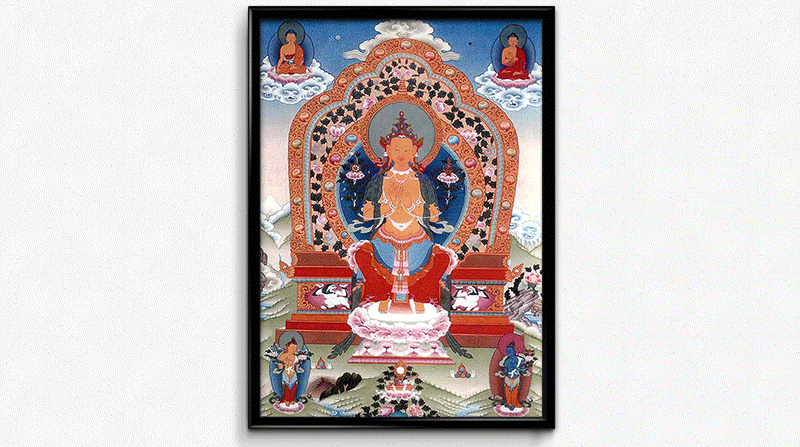 The Buddha Maitreya is also known as the Buddha of Loving Kindness or the Future Buddha. Before his death the Shakymuni Buddha predicted that because of the inevitable degeneration of the times, his teachings would only last for five thousand years before disappearing from the world. He predicted a "Dark Ages" for mankind ending with the appearance of the Buddha Maitreya who reveals the teachings to the world again and who becomes the Fifth Founding Buddha of this world age.